What you need to know about public safety in China 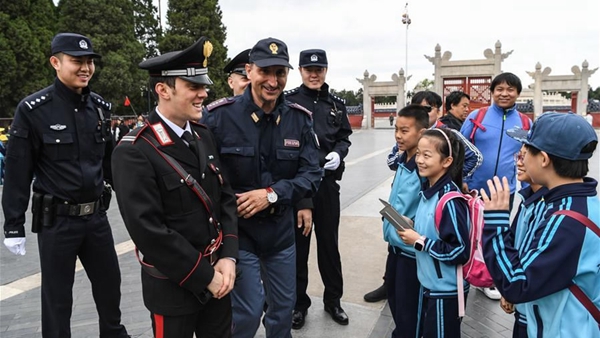 By CGTN's The Point

“I’ve lived in China for 7 years, and it's only now that I understand how important safety is,” said Quentin Albert, owner of a social media video channel called Xinshidandan, in a video he posted right after last October's mass shooting in Las Vegas.

Quentin is originally from Paris and mentioned that, while he loves France, he still feels scared in dark places at night, worrying that his wallet might be stolen or he may get attacked.

“But in China, it is very different. No matter how late you are at the streets, when you meet people, they are only friendly people. They will invite you to join them, eating or dancing…” Quentin said. He attributes this safe atmosphere in China to the people’s “healthy state of mind, more happy and sharing,” something he thinks may have been lost in Europe.

In the 2018 Travel Risk Map, which was released late last year, China's travel security risk received a “low" rating, placing it behind only Northern European countries, such as Iceland and Norway. Also, China received more than 60 million tourists in 2017, according to the World Tourism Organization of the United Nations, becoming the 4th most visited country for tourism in the world.

With a huge population of 1.3 billion, how is China such a safe country?

Liu Yunyun, Assistant Editor and Chief Commentator of the weekly Beijing Review periodical, offered an answer that is both institutional and cultural.

She prioritized the country's strict gun control, arguing that, with their bare hands, people can only go so far. Surveillance cameras also play a vital role in helping police catch criminals. She also mentioned China’s comprehensive social safety network with policemen, urban management officials, and also special neighborhood watches organized among elderly people who are retired and have the time to help monitor their community.

Liu Yunyun also pointed out that Confucianism also plays a significant role in the mindset and behavior of Chinese people. Nurtured by the “golden mean: Never be too aggressive nor too cowardly” and traumatized by war, Chinese people have become more drawn to safety and peace.