Opinion: From the Communist Manifesto to A Community of a Shared Future for Mankind 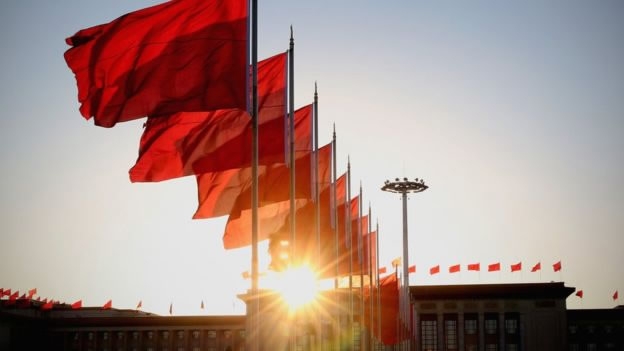 In February 1848, the German version of “The Communist Manifesto” was first published in London, England. Since then, the manifesto has been translated into more than 200 languages, becoming the foundation for Marxism and the haunting specter of Communism which has influenced the development of human society.

One hundred and seventy years on,  the capitalist system has undergone some noticeable reforms and improvements, with social productivity raised while conflicts between the capital and labor, as well as other social contradictions lessened.

Its core problems, however, have remained much the same: The antagonism of oppressing and oppressed classes, the exploitation of the many by the few which leads to increasing gaps of the rich and poor, especially the contradiction between private ownership of production materials and socialization of production and the periodic financial crises.

In addition to the above-mentioned classic problems, capitalism has been facing new problems in the wake of globalization, such as global financial crises, global investment, production and distribution vs. local labor and marketing.

In the meantime, socialism, as described by Marx and Engels, has experienced rapid development: The theory of scientific socialism has emerged from utopian socialism, the socialist system has been adopted by quite a few countries on different continents, and most importantly, socialism has been upgraded both in theory and practice.

Take China for example, ever since Marxism was introduced into the country, the Communist Party of China, the CPC, has been exploring ways of combining Marxist theories with the conditions in China. After decades of trial and error, the CPC has made several breakthroughs in “localizing Marxism for China”.

The first is Mao Zedong Thought, guiding principles for the CPC’s armed struggles that established the People’s Republic of China and the CPC’s early efforts to carry out socialist reconstruction in China after the  war. Much like “The Communist Manifesto” serves as the foundation for Marxism, Mao Zedong Thought is the foundation for the “Chinese version of Marxism”.

But the CPC continued its efforts of localizing Marxism to adapt to the changing environment both at home and abroad. The achievement involves the evolution of Deng Xiaoping Theory - guiding principles for China’s reforms and opening-up as well as modernization drive - and the theory of socialism with Chinese characteristics.

The succeeding Chinese leaders Jiang Zemin and Hu Jintao have added their contributions, the Three Represents by the former and the Scientific Outlook on Development by the latter, to enrich the theory of socialism with Chinese characteristics.

Despite all these changes, we can easily find the key line linking the Communist Manifesto and the Thought on Socialism with Chinese Characteristics for a New Era. The manifesto points out that Communism is different from all previous historical movements in that it is “in the interest of the immense majority” whereas other movements were either “of minorities” or “in the interest of minorities”.

The essence is reflected in the Xi Jinping Thought. Domestically, the CPC aims to satisfy the 1.3 billion Chinese people’s ever-growing needs for a better life, such as better education, more stable jobs, higher incomes, wider coverage of the social security and health care systems. Internationally, the CPC aims to foster a new type of international relations and build a community of a shared future for mankind, supported by the Belt and Road Initiative and win-win cooperation principles.

The past 170 years since the publication of “The Communist Manifesto” coincided with dramatic changes taking place in modern China - rising from a war-torn, semi-colonial and semi-feudal country to the largest developing country and then to the world’s second-biggest economic power.

This has proven that the CPC has chosen the right way for development, namely, to make use of the world’s advanced theories but combine them with the realities and conditions in China, and to keep on upgrading action plans so as to adapt to changing times.

China is determined to stick to the road of peaceful development and foster a new international order based on mutual respect, equal consultation, win-win cooperation and shared benefits. These principles are based on the wisdom of the Chinese civilization and the essence of Marxism. This road has proven successful in China. It offers an option for a sustainable global development. It is a road leading to “an association in which the free development of each is the condition for the free development of all”.

(GUEST COMMENTARY BY DR. SUMMER. With a doctoral degree in communications from the Communication University of China, the author has been working in the field of international journalism for 30 years. The article reflects the author's opinion, and not necessarily the view of CGTN.)