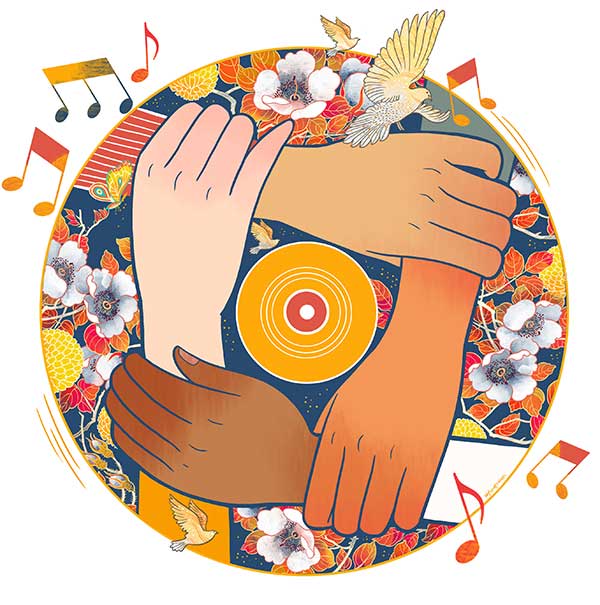 The first sessions of the 13th National People's Congress, China's top legislature, and the 13th National Committee of the Chinese People's Political Consultative Conference, the country's top advisory body, will be held soon. Again, the eyes of the world will be on China.

Over the past year, under the strong leadership of the Communist Party of China Central Committee with Comrade Xi Jinping at its core, China's diplomacy has honored its solemn commitment with real actions to serve the Chinese Dream of national rejuvenation with a strong sense of mission and contribute to the world dream of lasting peace and shared prosperity in a pioneering spirit.

We have made great efforts to steer globalization in the right direction. On various occasions from Davos to Geneva in Switzerland, and from Hamburg in Germany to Danang in Vietnam, President Xi Jinping presented to the world China's vision of greater balance in economic globalization and of a community with a shared future for humankind. He also elaborated on China's proposals for an open world economy and for greater economic integration in the Asia-Pacific. Those remarks instilled confidence and positive energy into the international community.

We have explored more avenues to advance our mutually beneficial relations with other countries. New progress has been made in our coordination and cooperation with other major countries such as the United States and Russia, and with Europe. Mutual trust and cooperation with our neighbors has been strengthened, and more substance has been added to our partnerships with other developing countries. China's preference for dialogue and partnership over confrontation and alliance has created greater resonance, which opens up exciting possibilities for this new approach to state-to-state relations.

We have initiated a new model for BRICS cooperation. At their summit in Xiamen, Fujian province, BRICS leaders decided to forge a closer, broader and more comprehensive strategic partnership and to further upgrade BRICS cooperation. The new "BRICS plus" approach of the summit will turn BRICS into a new platform for South-South cooperation with global influence.

The year 2018 is the first year following the 19th CPC National Congress and marks the 40th anniversary of China's reform and opening-up policy. The world is watching closely how China will handle its relations with other countries in this new era.

My message is, China's diplomacy will follow the guidance of Xi Jinping Thought on Socialism with Chinese Characteristics for a New Era, stay committed to peaceful development, work with other countries to build a new form of international relations and a community with a shared future for humankind, and make new progress in major country diplomacy with Chinese characteristics.

In 2018, we look forward to a world of greater openness and less isolation. The green shoots in the new round of global growth must be nurtured by all countries. What China has learnt in its 40 years of reform and opening-up is that prosperity only comes to those who embrace the world with open arms. China will remain committed to opening-up as a fundamental policy and a mutually beneficial strategy.

We will get more in line with international economic and trade rules, significantly widen market access, open the services sector, especially the financial sector, wider, and create a more appealing investment environment. We will promote trade and investment liberalization and facilitation, and develop the global governance system to make economic globalization more open, inclusive and balanced so that its benefits can be shared by all. We will work on the Belt and Road Initiative by implementing the deliverables of the first forum and starting preparations for the second one.

This will enable us to break new ground in opening-up. We will host a number of events, including the annual conference of the Boao Forum for Asia, the Summit of the Shanghai Cooperation Organization, the Summit of the Forum on China-Africa Cooperation, and the China International Import Expo, to add momentum to the trend of openness and development.

In 2018, we look forward to a world of more cooperation and less friction. In this age of globalization, the world is in fact a global village. Instead of showing off power by flexing muscles, countries should embrace cooperation to face common challenges and make the pie of shared interests larger. In that spirit, China will expand its global network of partnerships and build a framework for major country relations featuring overall stability and balanced development. With regard to our relations with neighbors, we will follow the principles of amity, sincerity, mutual benefit and inclusiveness.

We will broaden cooperation and narrow differences with them to jointly build a community of shared future in Asia. We will uphold justice while pursuing shared interests for greater solidarity and cooperation with other developing countries. We will add new dimensions to our cooperation mechanisms with Africa, Latin America and the Caribbean, and Arab countries to keep the mechanisms vibrant in changing circumstances.

Such efforts will enable us to set an example for a new type of international relations. With a commitment to extensive consultation, joint contribution and shared benefit, we will take an active part in multilateral cooperation and the establishment of a global system of governance.

In 2018, we look forward to a world of more trust and less estrangement. To navigate the complicated international landscape, countries need to have more mutual trust and less suspicion. Efforts must be made to find political solutions to long-running hotspots and thorny issues and bring about outcomes that are in the interest of all parties.

The current momentum of de-escalation on the Korean Peninsula presents all parties with an opportunity to demonstrate greater sincerity for dialogue and negotiation and to facilitate constructive interactions. To put it more broadly, as a partner that all sides can count on, China will continue to uphold the equality of countries regardless of their size, strength and wealth, stand for dialogue and consultation as the only approach to solving disputes and differences, support political settlement to regional hotspots and act constructively to that end. It is our sincere hope that dialogue and cooperation will prevail in our world.

Given that China is still the world's largest developing country, serving development at home remains the top priority on its diplomatic agenda. We will act upon the new development philosophy, present Chinese provinces, regions and cities to the world under the theme "China in the New Era", and contribute to the coordinated development of the Beijing-Tianjin-Hebei region, the planning and development of the Xiongan New Area and the hosting of the 2022 Winter Olympics. We will explore a mechanism for protecting the safety and security of Chinese nationals and entities abroad to effectively safeguard our legitimate rights and interests. China will work with the parties involved to properly address trade disagreements on the basis of mutual respect, equality and mutual benefit.

The year 2018 is the Year of the Dog. In another Year of the Dog 120 years ago, when China was poor and weak because of domestic turmoil and foreign aggression, a group of patriotic Chinese pushed for a "Hundred Days' Reform". They tried but eventually failed to find a way to national rejuvenation and prosperity. Today, 120 years on, China has not only found a path of socialism with Chinese characteristics but also achieved a remarkable transformation－it has stood up, grown rich and is becoming strong.

A sea change has taken place in China, which represents new opportunities for the peace and development of the world. The world that we look forward to is what we will strive for in our diplomatic work in 2018. I encourage our friends around the world to continue to follow China's development and diplomacy. Together, let us write a new chapter in the win-win cooperation between China and the rest of the world.

(The author is minister of foreign affairs of China.)